Terry Crews publicly named for the first time the high-powered talent agent he claims groped him at an industry party and said he would “not be shamed” about the alleged assault.

“Back in February 2016, I was assaulted by Adam Venit, who is head of the Motion Picture Department at William Morris Endeavor, one of the biggest agencies in the world, period,” Crews, 49, said today on “Good Morning America.” “He’s connected to probably everyone I know in the business … I did not know this man. I have never had a conversation with him, ever.” 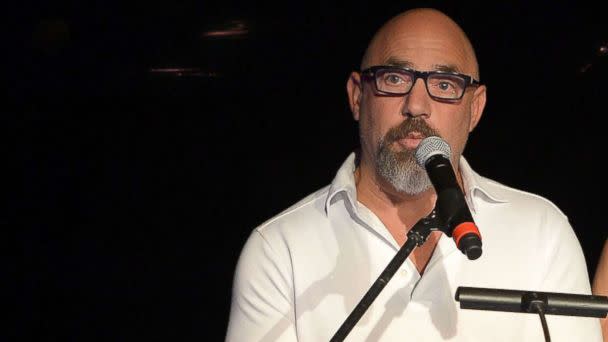 Crews was with his wife, Rebecca King-Crews, at the party last year when he claims Venit began making tongue moves at him.

“I’m looking like, ‘Is this a joke?’ … It was actually so bizarre,” Crews said. “He comes over to me. I stick my hand out and he literally takes his hand and puts it and squeezes my genitals. I jump back like, ‘Hey, hey.’”

Crews claims he then pushed Venit away from him, causing Venit to bump into other partygoers.

“I have never felt more emasculated, more objectified. I was horrified,” Crews said. “It’s so bizarre. I wake up every morning wondering, ‘Did this really happen?'”

Venit did not respond to requests for comment from ABC News.

William Morris Endeavor confirmed to ABC News that “Adam Venit was suspended following the internal investigation into the matter.”

Crews filed a police report Nov. 8 claiming to be a victim of a crime.

“People need to be held accountable,” Crews said. “This is the deal about Hollywood. It is an abuse of power. This guy, again, he’s one of the most powerful man in Hollywood and he looked at me at the end as if, ‘Who is going to believe you?’”

An LAPD spokesperson confirmed at the time that Crews met with officers, but would not elaborate on the nature of the meeting.

The “Brooklyn Nine-Nine” star fired William Morris as his agency one day after he filed the police report. 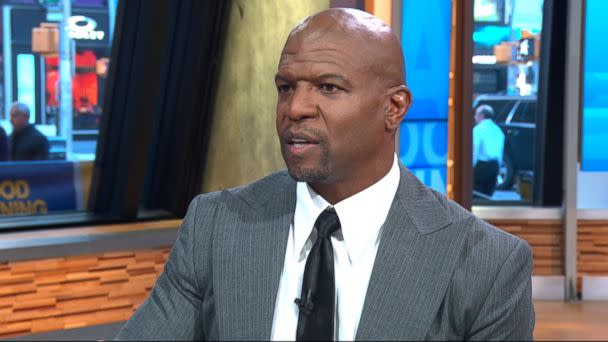 Crews went public with his account last month in a series of tweets, at the time identifying Venit only as “a high level Hollywood executive.”

Crews said in one tweet that Venit called him to apologize but “never really explained why he did what he did.”

‘I understand why they won’t come forward’

“I put it in the back of my head and I understood why women everywhere had to let it go,” Crews said. “When the Weinstein thing started happening, I got PTSD. I was going, ‘Oh my God. This exact thing happened to me. I understand why they won’t come forward.’”

Weinstein, 65, has admitted wrongdoing, but through a spokesperson, has repeatedly denied having non-consensual sexual relations with accusers.

Crews compared the way he and other alleged victims of sexual misconduct feel when abused by a person in power.

“When a person of power breaks that boundary and violates that boundary, you’re a prisoner of war,” Crews said. “Immediately, you’re in a camp because you’re trying to figure out when is the right time to come out.”

Crews also credited his wife with keeping him calm after the alleged assault. 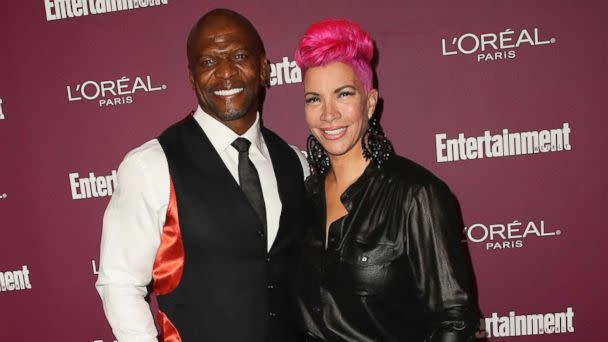 “My wife told me three years earlier, she said, ‘Terry, you can never handle any situation like this with violence. You are a target. You are going to be baited and pulled if you react physically,'” he said. “When I grabbed her hand and I left that party – we were only there for like half an hour – and I got in the car, I almost ripped the steering wheel off.”

“If I would have just retaliated in defense, I would be under the jail right now. That’s one thing I knew, that being a large African-American man in America, I would immediately be seen as a thug,” he added. “But I’m not a thug. I’m an artist.”

Crews, a father of five, said he was also motivated to speak publicly after delivering a keynote address for an organization that helps victims of sexual assault.

“I said, ‘Man, what kind of man would I be to tell my kids, ‘If someone touches you where you don’t want to be touched, tell someone, tell someone,’ and then I don’t do it,” Crews said. “Let me tell you something, it freed me.”

“I knew instantly that I had to tell my story so that other people could be free.”

Crews posted a tweet with just the hashtag #imfree after his appearance on “GMA.”