Breonna Taylor’s mom calls out for help from President elect Biden. Do you think he will respond?

Breonna Taylor’s mother has called on President-elect Joe Biden to open large-scale federal investigations into the death of her daughter and other Black Americans killed by police.

“Actions speak louder than words,” Tamika Palmer wrote in a full-page ad in Tuesday’s Washington Post. “We need your actions to show that you are different than those who pay lip service to our losses while doing nothing to show that our loved ones’ lives mattered.”

Taylor, 26, was fatally shot March 13 by Louisville Metro Police officers as they attempted to serve a search warrant at her apartment in Louisville, Kentucky, as part of a larger narcotics investigation. 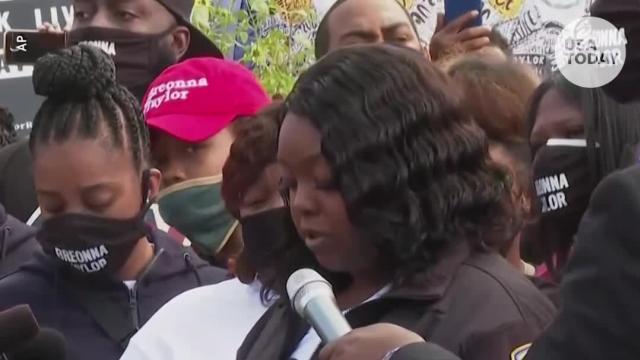 Taylor’s slaying — and the subsequent decision not to charge the officers who shot her — has ignited protests across America, which Palmer notes in her letter.

Now, these voters want to see his administration act, she said. Palmer outlined steps she wants to see taken:

The ad directs readers to the website bidenjusticedemands.com, which is an initiative of the Grassroots Law Project, co-founded by activist Shaun King and attorney Lee Merritt.

Lets see how soon our President will respond. No Justice, No Peace!