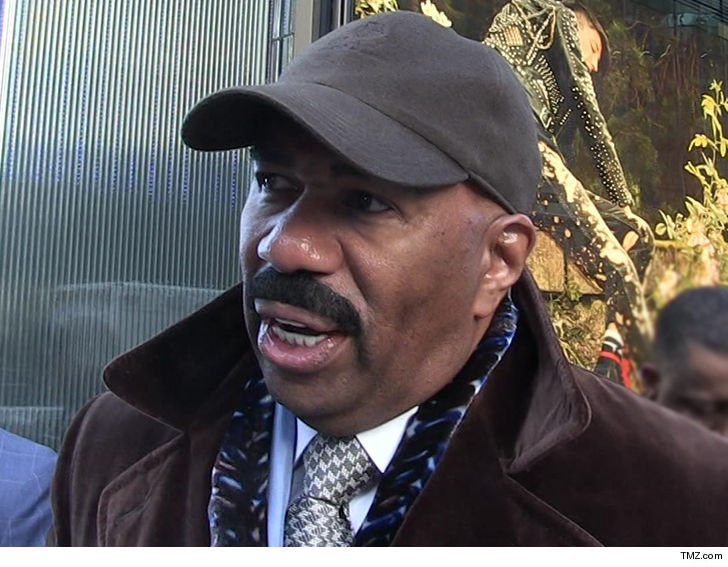 Steve Harvey is being sued by a guy who claims he was hired by the TV mogul to raise $20 million for the Steve and Marjorie Foundation as well as other ventures and got royally stiffed.

Vincent Dimmock claims he struck a deal with Harvey in April to raise the $20 mil, and in return he says he was promised 12.5% of everything he brought in. Dimmock says in the lawsuit he had access to high-level execs, A-list entertainers and political figures including a former President, and he got pledges for $20 mil.

According to the suit, Dimmock delivered on the first million but Harvey refused to pay him his commission.

Dimmock claims Harvey never intended to pay him and then goes on to make various allegations.

Dimmock says he introduced Harvey to an investor in May, and during their meeting he allegedly disparaged women, blamed Oprah Winfrey and Tyler Perry for giving him bad financial advice and also blamed Barack Obama for Harvey’s “disastrous meeting with Donald Trump.”

He says Harvey and his foundation were in bad financial shape because of a series of P.R. gaffes, including mocking Asian men and meeting with Trump.

We reached out to Harvey’s agent, Todd Frank, who tells TMZ, “It sounds fake. Steve is the most loyal guy in the world. I’ve never been stiffed on a commission from Steve Harvey in 21 years.”