Another racial slur from a Trump supporter. What are your thoughts? Should he be forced to resign?

A Virginia mayor is facing calls for his resignation over a Facebook post in which he said that Joe Biden “just announced Aunt Jemima” as his running mate.

Luray Mayor Barry Presgraves posted the comment on his Facebook page. The comment was condemned by members of the Luray Town Council and other residents before he took it down.

Luray is a town of less than 5,000 people, the majority of them white, according to the most recent census data. Four percent of the population is Black. The town is about 90 miles west of Washington, D.C. 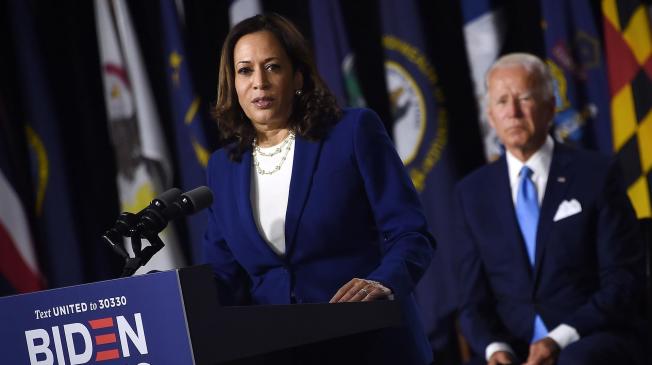 Presgraves apologized at a town council meeting on Monday night.

“I want to make this very clear to everyone with absolutely no qualifications,” Presgraves said. “I understand what I posted on social media was wrong, offensive and unbecoming.” Presgraves, 77, added that it does not reflect what is in his heart. “I also want to make a direct apology to all people of color and women. Passing off demeaning and worn out racial stereotypes as humor isn’t funny,” he said, reading from a prepared statement. “I now fully understand how hurtful it is and I can and will do better and we can all do better. We must.” He concluded his statement by saying, “From the bottom of my heart, I am sorry and humbly ask for your forgiveness and your grace.”

Barbara Veney, 69, a Luray resident, addressed Pregraves directly at the meeting. “I’ve been here all my life. Almost 70 years. And today, I’m hurt,” she said. Veney told Presgraves she was not there to tear him down or speak ill of him but that she had to stand for what is right. Veney said her father was Black and white, her mother was Indian and Black, and that she was not taught to be racist. She was taught “what comes out the mouth can hurt and you have to be careful what you speak because words do hurt,” she said. “We need somebody with positive thinking that will shape this community. No more dividing,” she said. “In order for us to move on … I’m asking you today, Mr. Mayor that you step down in love — because I love you — and do the right thing.”

Quaker Foods North America dropped its Aunt Jemima image and name in mid-June, saying they recognize the origins of the character are based on “a racial stereotype” of a Black “mammy” who raised her master’s white children.

Council member Leah Pence sent an email to Presgraves last Monday morning urging him to resign. Pence told Presgraves that the comment he posted “has a type of humor that has not been appropriate or funny” in either of their lifetimes.

“While a resignation alone will not resolve the systemic subliminal racism that plagues our community, your resignation is imperative as we work towards ending racism in our community,” Pence wrote, adding that Presgraves is accountable for his words and decisions. She also told Presgraves that his recent actions have caused many residents in the small town “to lose faith and confidence” in his capacity to “effectively and justly” serve as mayor.

Town manager Steve Burke said the town council cannot remove the mayor, but the courts could weigh in. “The residents do have the ability to petition the court for removal of elected officials.

The town council voted 5-1 to censure Presgraves for what they described in a statement as “his choice of harmful words posted on social media.” Councilwoman Pence voted no, Burke said.

They added: “Your apology is a step towards reconciliation with our citizens, however damage both internal and external to our community remains.” The town council told the mayor that they expect his “highest level of commitment and dedication to serving all citizens of Luray” going forward, without regard to race, sex or other characteristics.

Presgraves told the Page Valley News last Monday that he will not step down. “Hell no, I’m not resigning,” he told the newspaper. “The people elected me and I have a few months more to serve.” Presgraves, who is not running for reelection, told the newspaper that he did not anticipate his remark would be met with backlash. “I thought it was humorous,” he said. “I had no idea people would react the way they did. I think people have gone overboard on this … It’s an election year.”